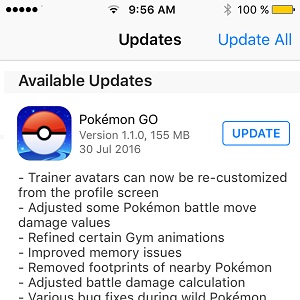 10 days after the 1.0.3 roll-out, Niantic have just released a new update for their Pokemon GO blockbuster app. It’s labeled 1.1.0 and comes with a series of new options and fixes. This update is highly welcomed, even if it’s nothing revolutionary yet and doesn’t include the much awaited feature that allows players to swap Pokemon between each other, or the much needed Footprint bug fix.

Regarding the footprint error, Niantic currently fails to solve it, but decides to remove the feature completely to eliminate confusion. This means that the Nearby Pokemon list is still available in the bottom-right corner of the map, but the footprints have been removed. So, you can track the fantasy creatures according to their order in the list. The one available in the top-left corner is the nearest while the bottom-right monster is the farthest one away. 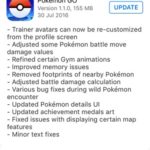 – You can now edit your Trainer avatar in the Profile screen. The avatar is set up at the start of the game and until now, it couldn’t have been tweaked again. So, if you die your hair don’t worry you can edit its color in Pokemon Go too!
– Errors occurring while displaying certain Map features have been patched, additional to the Footprint removal of Nearby Pokemon.
– The game’s memory issues have been improved.
– The way Pokemons perform in battles has been adjusted a little. Some moves have become more damaging while others have been downsized. We’ll test this soon and provide more details about which Pokemons are affected by this change.
– The whole battle damage calculation process has been re-defined, according to Niantic.
– Gyms have been also revamped, more exactly some animations have been refined.
– The Pokemon details User Interface has also been updated.
– Bugs occurring when encountering wild Pokemon have been solved.
– The Achievement Medals artwork has also been improved
– Last but not least, minor text fixes are included in this update! 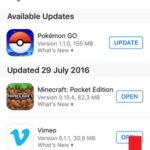 How To Update To Pokemon GO 1.1.0
If you don’t have the game installed on your iPhone yet, simply download it from the App Store and you’ll get the latest version.
Else, you have to update it as with any other iOS app. If the App Store icon on your home screen doesn’t prompt you with the update availability, tap it and browse to the Updates page within the Store. Hit the Update icon available next to Pokemon GO and let your iPhone, iPad or any other iOS device to do the trick. The same goes for those of you playing on Android. Check Google Play for the 1.1.0 update! 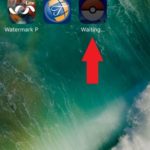 Fact: As always when it comes to Pokemon GO downloading your might need to tap that Update logo tens of times, at least now in the early stages. Yeah, you guessed, everyone wants to grab the latest version and Apple’s servers are overloaded, the same as it happened during the first week after the game’s release and with every new update roll-out.
So your options are to be patient and try later or insist and tap the Update feature again and again to resend your request to Apple’s server and maybe get the luck break!

Did You Know That You Can Ask Siri To Cancel All Your Alarms At Once?