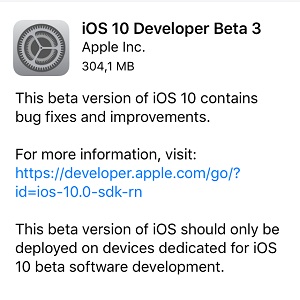 The same time iOS 9.3.3 was rolled out, iOS 10 beta testing reaches new hights. The third version of the Developer Beta is now up for grabs and comes with a major improvement for all Pokemon fans. The gyroscope glitch that prevented a proper experience while using the AR (Augmented Reality) mode while catching a Pokemon, or engaging in battles has now been fixed. This means that you can enjoy the blend of real and fantasy world interaction. Besides that, this test version includes a series of other changes and new features.

The Rest Finger To Unlock feature introduced during Beta 2 is now actually working, making the Raise to Wake gesture very handy. This way you can access the home screen of your iPhone without needing to Press to unlock. Users that haven’t upgraded to the 6s or newer iPhone models, can use a combination of Sleep/Wake button press and then rest finger to unlock, or directly Press to Unlock, with the risk of missing a few lock screen notifications.

How To Install Developer Beta 3 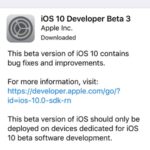 If you already run an older Beta version, things are fast and easy. I will remind you once again that before installing a new update, especially when its a beta, to backup your device first! Over-the-air update is available and you can perform it from Settings -> General -> Software Update. After the new firmware is found, tap Download and Install to start the procedure. Wait until the 300 MB firmware reaches your device and hit Install. The iPhone will deploy the new version and restart when the process is finished. Enter the Passcode after it reboots and you are ready to go.

Fact: If you aren’t running an iOS 10 Developer Beta yet, you have to grab the configuration profile from your Apple Developer account. Don’t own one? Don’t worry you can easily sign up for one.

Xem thêm:  How To Play Super Mario Run On iPhone And iPad

Tip: You can also grab the iOS 10 Beta without owning and Apple developer account!

“Verifying Update…” Error Message
In my case I got the same error for several times after pressing Install. The iPhone informed me that it has failed to verify the update, or that the iOS 10 Developer Beta 3 update process has encountered an error and failed to complete. To solve it I had to maintain the iPhone’s screen wake the whole time until the Update Verification Process was complete. If you encounter the same after tapping on Install, simply tap the screen every few seconds while your iPhone displays the Verifying Update… message. You’ll know when the verification has ended because the screen will go black and the white Apple logo with a loading bar will be displayed in the center of the screen. From here on everything should work smooth. 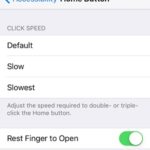 Here is a list of the noticeable changes of this 3rd beta:
– As many testers requested, the new and fancy Keyboard clicks and Lock sound introduced with Beta 1 and removed in the second version are now back again.
– Siri Settings branch receives App Support sub-menu. Apple informs: “Apps you use with Siri will send information like your contacts and other data to Apple to process your requests”.
– Messages can now be replied from the Lock Screen view. The bug that prevented users to do so, was fixed. More, a Dismiss option is now available when pulling down notifications.
– iPhone performs a taptic feedback if you let it lock manually (not available for all models).
– Downloads label becomes Downloaded Music, within the Apple Music app.
– Activity data can now be share with Apple.
– Rest Finger to Unlock becomes Rest Finger to Open and actually works, compared to iOS 10 Beta 2.

How To Use The Facebook Messenger World Effects AR Feature