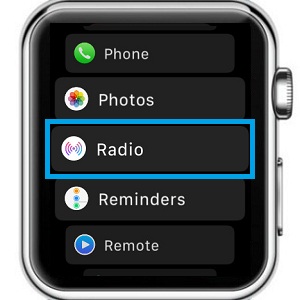 Along with the roll-out of iOS 11.1 Beta 1 for developers, Apple has also seeded watchOS 4.1, tvOS 11.1 and macOS 10.13.1 test versions. The upcoming Apple Watch software update unveils some of its new features in this initial beta. The update is mostly aimed at Apple Watch Series 3 users that have an Apple Music subscription and LTE functionality. These smartwatch owners will be able to stream live music via a new built-in Radio app and also from the stock Music app.

However, the Apple Watch is able to stream songs from Apple’s Beats 1 radio station as well as any track from the tens of millions available in Apple Music, using both Wi-Fi and LTE Internet connectivity. Naturally, it prefers a wireless hotspot in order to preserve battery life. Siri can help you get the playback going even when the paired iPhone isn’t around!

How To Upgrade To watchOS 4.1 Beta 1
Differently from iOS 11.1, watchOS 4.1 beta versions are only available to developers. This means that you have to run a developer beta version of iOS 11 on the paired iPhone to be able to upgrade. Here is how to do it. After you update your iPhone upgrade to watchOS 4.1 over-the air as follows:
1. Open the Apple Watch app from the Home Screen and browse to the My Watch tab.
2. Tap on General -> Software Update.
3. Hit Download & Install, provide Passcode, Agree with terms and wait until watchOS 4.1 is downloaded and installed on your Apple Watch.
Fact: All Apple Watch models are compatible with watchOS 4.1!

How To Stream Music in watchOS 4.1 Radio App 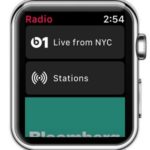 This new native Apple Watch app is completely separate from the Music app. It supports all radio stations included in Apple Music’s iOS version. More, Apple has decided to allow free streaming access to the Beats 1 and all news radio stations. A subscription is required for music channels.
1. Press the Digital Crown to open the watchOS 4 app bundle.
2. Tap on the Radio app or scroll for its label if you’re using the list view.
3. Use the Digital Crown to scroll vertically and review the available radio stations.
4. Tap the one that you like and use and select where you want to hear it. The Digital Crown to control the Volume.
Important: Music won’t be played through the Apple Watch’s speakers. You need your AirPods or any other Bluetooth speakers connected to your watchOS smartwatch in order to be able to actually hear the music.

Xem thêm:  How To Mention Someone In Messages On iPhone (iOS 14)

Fact: Listening to songs via the Music app works similarly. The difference is that instead of receiving a predetermined list of songs from a radio station you are able to create your own playlist or ask Siri to do it by commanding something like “Play funky music!”.