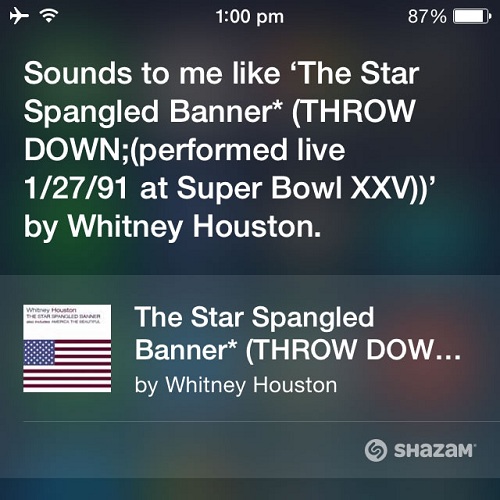 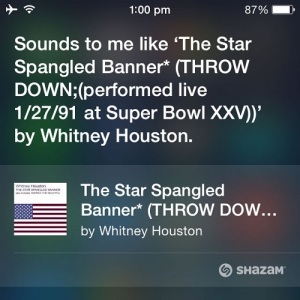 Siri knows the song and much more details!

Siri can handle new tasks since the iOS 8 update. Apple’s partnership with Shazam stands out, because your iPhone’s virtual assistant is now able to recognize the tune that is playing on the radio, TV or in the location of your whereabouts.
Simply, call Siri by holding the Home button or by using the Hey Siri feature, if your iOS device is plugged in. Ask Siri ‘What song is this?’ and let her listen. Your virtual assistant, will come up with the tune name and the playing artist.
What I consider remarkable is Siri’s ability to also recognize the date and location of the live performance. We ran a few test and noticed that, for example, Siri was available to recognize that we played her Whitney Houston’s live Super Bowl appearance of 1991. Our iOS virtual assistant mentioned the exact date, the name of the event and the artists involved.

On the other hand it seems that Siri, via Shazam, fails to recognize tunes that are sung in a-capella style, that’s without any backing instrument or orchestra. We played the same song, ‘The Star Spangled Banner’, sung a capella by Jaimina Johnston & The 3Tones. The song is included in the album “The World Project”. Siri wasn’t able to recognize it. The same negative result occurs if you try to sing a tune, karaoke-style, without a backing orchestra.

What song is this? – Siri Demo
Watch the following video and see how Siri performs when asked to recognize a tune. I recorded this tutorial with the help of an iPhone 5S running iOS 8.0.2. 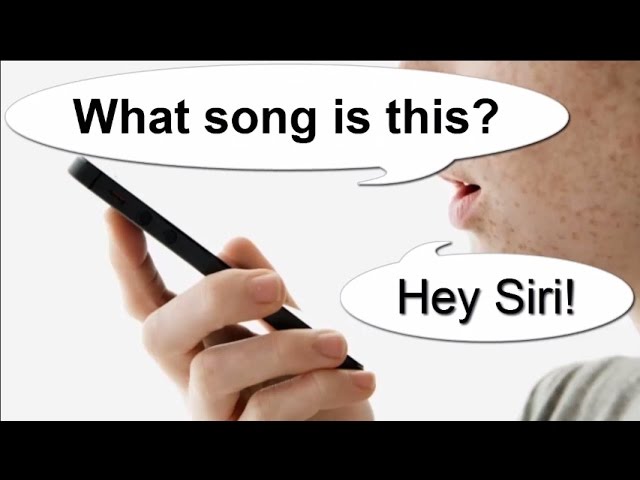 AirPods Studio To Retail For $349 And Launch This Fall