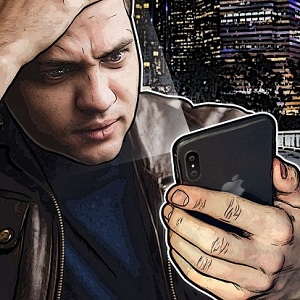 Can the iPhone X Face ID be tricked?

We’re not even 1 day into the iPhone X lifetime and strange behaviors start to hit the web! On an overwhelming trend of positive reviews for all the iPhone ‘Ten’ new features, two app developers have just managed to face-unlock the same iPhone X! Well that’s impossible you might say, because Apple has admitted that users are only able to register a single face during the Face ID setup. And no, I’m not talking about identical twins that have managed to trick the iPhone X facial recognition system, in the past.

Salavat Khanov and Rinat Khanov are two Twitter users that develop apps and provide support for iOS. They’re brothers indeed, but there is a 4-year difference between that comes along various other physical dissimilarities. Nevertheless, the just tweeted a video that proves how they’re able to unlock and iPhone X using Face ID, while passing the device from one to the other. The clip seems legit and can be played below.

Explanation?
According to the two developers, the iPhone X Face ID was configured for one of the two brothers, while the other toyed with the device for several hours, providing the Passcode when needing to authenticate. It seems that the iPhone X self-adapted to the situation and Face ID has automatically assigned the second brother as an legit user too. Is this behavior advanced machine learning secretly enabled by Apple? or we’re talking about an important system vulnerability? I’ll update this article if Apple comes with a statement regarding this Face ID behavior!

Xem thêm:  How to Fix Apple Watch Not Tracking Exercise Correctly in watchOS 8

Related: Here is how to tweak Face ID to unlock the iPhone X when your eyes are closed!