Starting a small business doesn’t mean you have to start with a small idea. In fact, starting with a big idea can actually lead to more success than going with a series of smaller steps or goals.

Small Business Trends spoke with Hadi Partovi of Code.org about this subject at Dreamforce 2017 in San Francisco. Code.org is a non-profit that works to expand access to computer science educational programs. And Partovi founded the company with a big goal in mind.

Partovi’s dad taught him how to code when he was younger. But that is far from the norm. And now that computer science is such a big part of society, Partovi is working to make it a bigger part of the curriculum at schools across the country.

That’s a fairly lofty goal. But Partovi actually believes that big ideas have lots of potential benefits for businesses.

Partovi explained, “Most people get held back by their own, I guess either insecurity or lack of confidence or fear or whatever you name it, and think, ‘I’ll make a small step and then if that succeeds then I’ll go for something bigger.’ And I actually think the biggest successes are from the people who just say ‘screw it, I’m just going to go for the biggest dream I can think of.’ And when you aim big, people come behind you and support you.”

The Power of the Team

It’s that team supporting your business that can make a huge difference in your success. In fact, Partovi says it’s been a major factor for Code.org.

Partovi said, “Code.org has been successful not just because of myself or my ideas. It’s because we have incredible people supporting us on our team.”

So the next time you’re brainstorming ideas for your small business, don’t let those insecurities hold you back. Dream big and use that as a way to build a great team and support system behind you. 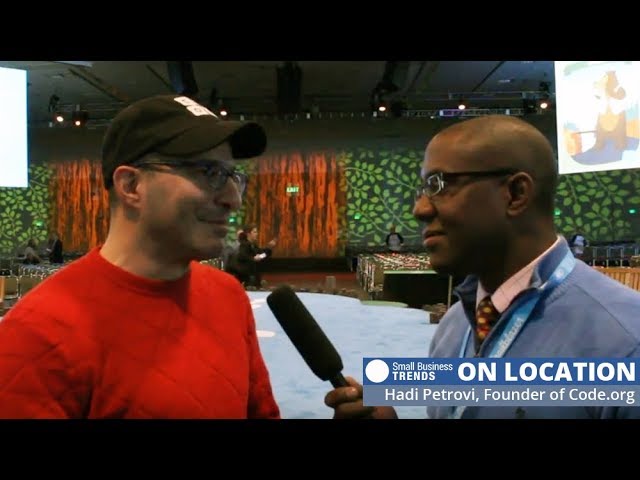 Best Practices for Creating Your Personal Brand Using a Blog