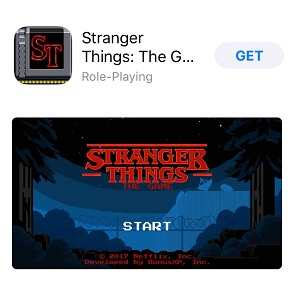 Although Netflix’s popular TV Series, Stranger Things Season 2, is a few weeks away from being aired on TV, fans of the Winona Ryder and Joice Byers drama can anticipate the release by playing Stranger Things: The Game. The BonusXP coded app is now available on the App Store for iPhone and iPad. More, the software is free to download and also free to play, because it doesn’t sell any in-app purchases.

Stranger Things is a role-playing game that provides seven playable characters, each with its own special abilities of helping players to solve puzzles. The action takes place in 1984, so expect the mirage brough by the tematics of the 80’s. The game includes popular locations from the TV show like Hawkins Lab, Mirkwood Forest or Jim Hopper’s home. This iOS app provides about 10 hours of gameplay, 6 dungeons to explore and over 30 quests to complete. Collect all Eggs and Gomes on your way, as they will help you to unlock various actions. 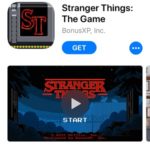 Download Stranger Things For iPhone / iPad
Tap here to open the game’s official App Store download page. Hit GET followed by INSTALL to grab the game on your iOS device. Be patient until the app is deployed and tap OPEN when it becomes available, to start playing. This app requires iOS 9 or later and is playable on every iPhone, iPad and iPod touch running that meets the iOS requirements. The size is 347 MB and the game is rated 12+ according to App Store.

Fact: Expect a content update on October 27, the day when Season 2 of Stranger Things is scheduled to premiere on Netflix.

How To Recover Lost or Deleted iPhone Data