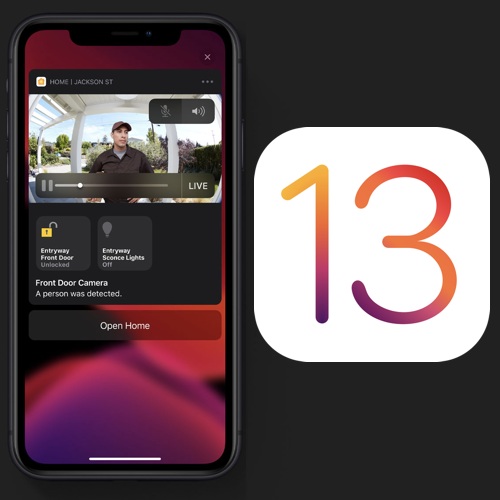 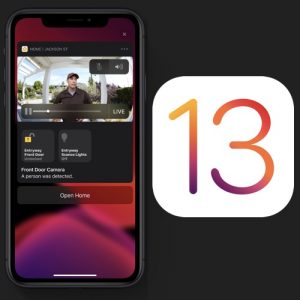 It’s time for Apple to officially roll out the public version of iOS 13! This new iteration brings many changes and new options. Perhaps the most popular new feature is the system-wide Dark Mode that reduces the strain on the user’s eyes when operating the iPhone in a low-light environment. This and all other new features demand additional resources, representing one of the main reason why old iPhone models won’t have enough processing power to be able to handle iOS 13.

If you’re upgrading your Apple smartphone regularly, you’ll surly find your device on the compatible devices list provided below. But if you like to stick with your iPhone for years, you might have a surprise. To keep things simple any iPhone from the 6S version onward is compatible with the 13th iOS generation. All other older models will have to settle with the latest iOS 12 release and that’s iOS 12.4.1.

There are exactly 11 iPhone models that can be updated to iOS 13, starting with the iPhone 6S and ending with the iPhone XS series. The iOS 13 compatibility list also includes the 2019 iPhone 11 lineup. However, the iPhone 11, 11 Pro and 11 Pro Max will ship with iOS 13 already installed on them.
iPhone 11 Pro Max
Update: iPhone SE (2020)
iPhone 11 Pro
iPhone 11
iPhone Xs Max
iPhone Xs
iPhone XR
iPhone X
iPhone 8 Plus
iPhone 8
iPhone 7 Plus
iPhone 7
iPhone 6s
iPhone 6s Plus
iPhone SE (2016)
Fact: The oldest supported devices are the iPhone 6S and 6s Plus released 4 years ago, in September 2015.

iPod Touch 7th Generation is also compatible with iOS 13. It’s the 15th device that can run this OS version and the only iPod that is currently able to run the 13th iOS generation!

Can I Get iOS 13 On iPhone 6 Plus?
No, any iPhone model older than the iPhone 6S will have to remain on the latest version of iOS 12. iPhone 6 and 6 Plus haven’t made the cut this year, similar to the iPhone 5S when iOS 12 was released!

Is the iPhone SE iOS 13 Compatible?
Yes, the iPhone SE was released along the iPhone 6S and 6S Plus. It became available in late March 2016, which makes it compatible with iOS 13!

iOS 13 will be available for over-the-air update on September 19. Most likely to avoid server overload Apple won’t issue an update badge in the Settings app from day one. So, you will have to manually grab your iPhone and open Settings -> General -> Software Update and allow your device to scan the server for iOS 13.
Hit the Download and Install option and continue the standard step-by-step procedure of any regular update. Provide your device’s Passcode, Agree with Apple’s terms and make sure that you’re connected to a WiFi because iOS 13 will certainly be large in size!

Tip: If you already run the iOS 13 Public Beta on your iPhone, you have to delete the Configuration Profile and restart your device, to be able to get the official release in the Software Update menu.

Xem thêm:  Trick For Creating iOS Folders With No Name

Apple Sells iPhone 12 With EarPods In The Box In France