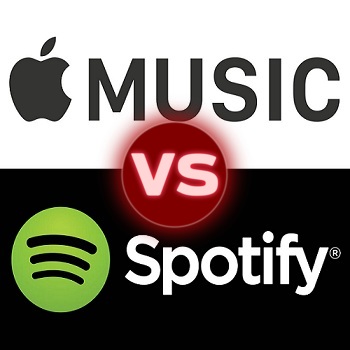 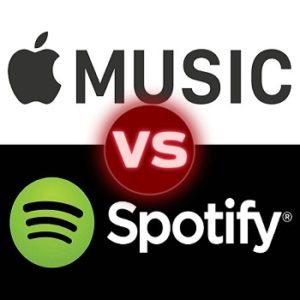 Listening to music has never been more popular. Thanks to the recent technology leaps and the outspread of Internet, people from all across the globe are able to stream music at any given moment with the help of their smartphone, tablet or any other web-connected device. Turning your iPhone into a state of the art Walkman has never been easier. Online music streaming services like Spotify and Apple Music have pretty much polarized the audience. They are providing on-demand music from libraries that host tens of millions of songs.

Spotify revolutionized this industry. The Swedish owned music streaming service, launched back in 2008, currently has the biggest user base. However, Apple Music is becoming a strong competitor on the market. Since its debut, in June 2015, Apple’s music streaming project managed to attract almost half as many users as Spotify. If you’re new to the music streaming market you probably wonder which of the two platforms to signup for? Read on and find out the pros and cons and make your decision while being fully informed. 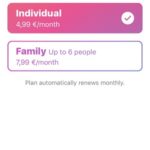 Music quality is great on both streaming platforms, so probably the next important comparison field is the financial one. Both services are mostly known as paid, but there is an important difference. While Apple Music provides a 3-month free trial period, that includes full features, Spotify attracts customers by offering a free version of the app, that’s monetized with ads. So, if you’re on a tight budget and can cope with ad intrusions, you can opt for the Swedish platform and stream music for free. With Apple Music, you need to spend $10 each month, after you trial days expire. Spotify Premium has the same costs.
Tip: You can save money if you opt for the Apple Music family pack. A 15$ subscription that allows you to add up to 6 family members to the streaming service. A similar package is available with Spotify Premium too.
Fact: Apple Music also offers a discounted student membership. If you’re studying at one of the schools that qualify, you can get up to 48 months of subscription at half of the normal price. These memberships aren’t available in all locations and pricing varies.
Edit: Spotify also provides a 50% student membership discount in some countries. 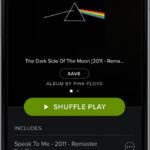 Spotify vs Apple Music – Song Library
Both platforms provide an impressive song base. The iOS integrated service claims to provide “around 40 million” tracks, while its competitor bids for “more than 30 million”. Apple tries to obtain the edge by aiming to convince artists to sign exclusive deals. Taylor Swift is an example for this maneuver. However, the numbers aren’t that high an example to make a significant difference.
Fact: Apple Music has the upper hand when it comes to iOS users, because its music collection is nicely fitting with the content of the iTunes library, nicely blending your own songs with the ones you stream. 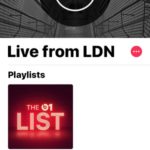 Spotify vs Apple Music – Radio
If you enjoy the Radio feature of a music streaming platform you’ll surly give the edge to Apple Music in this comparison criteria. The Beats 1 live radio that plays 24/7 via Apple’s streaming service is run by popular DJs like Zane Lowe and has lots of shows hosted by popular musicians. Spotify doesn’t have a reply for this. It also lags behind competition when it comes to the radio automation feature that allows customers to create their own radio stations, centered around an artists. Apple Musics’ algorithms are far more user intuitive. 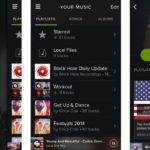 Spotify vs Apple Music – User Interface
When it comes to the mobile experience the traditional streaming service seems to have the upper hand. Apple Music is a strong competitor when the comparison takes place on its home ground, the iOS ecosystem. However, if the user isn’t iPhone or iPad powered there’s still an obvious edge for Spotify, that comes with a friendly user interface for both Android and iOS operating systems.
Another plus for Spotify is that it can easily integrate Amazon Echo and Google Cast allowing users to stream music via Chromecast on their smart TV’s and home theater systems.

Spotify vs Apple Music – Extras
– Many of us like to listed to music while running or performing different types of fitness activities. Spotify comes with a nice feature that tailors music playback to your running speed. When you’re in activity mode the app skips the intros and outros of songs to keep the tempo constant. Apple Music doesn’t provide this feature yet.
– Siri’s integration with Apple Music is a cool feature, but it’s an advantage only for the iPhone and Mac users of this streaming platform. If you own an iOS device you can command your smartphone to “play the No. 1 song from …”, a specific year and the song will start playing in seconds.
– Discover Weekly is a strong plus for Spotify. The Swedish platform is renown for its unique way for promoting new music and allowing its user to meet new artists.
– Apple Music streams music at a rate 256kbps and the AAC (Advanced Audio Coding) format, while Spotify Premium provides 320kpbs in ogg vorbis. However, the difference shouldn’t be noticeable to the human ear.
– Spotify integrates nicely with famous gaming platforms like Play Station 4 and Xbox allowing to listen to both in-game audio and favorite songs.

Xem thêm:  A 30 Point Checklist for Your Startup
Tags
Business

Have You Ever Used iPhone's Reader Button?

How To Pay For Fuel With Your Apple Watch