House Minority Leader Nancy Pelosi has come under heavy fire after arguing the iPhone was “invented” by the federal government rather than Apple (NASDAQ:AAPL). It’s only the latest in what seems a trend among political leaders trying to take credit for innovation and economic development away from entrepreneurs and the business community.

According to the California congresswoman and former House Speaker, virtually every aspect of the iPhone was developed through government research and investment — and although Steve Jobs  did a “good” job designing and putting it together, it was federal research that was ultimately responsible for the iconic product.

The assertion was made during the second day of the Democratic Platform Drafting Committee Hearing, in which party officials and policy experts worked to establish the crux of Democratic policy in the run up to the party’s national convention.

“Anybody here have a smartphone?” Pelosi asked while discussing the importance of creating better government incentives for public-private partnerships.

“In this smartphone, almost everything came from federal investments and research. GPS, created by the military, flatscreens, … digital camera, wireless data compression, research into metal alloys for strength and lightweight, voice recognition — the list goes on and on.” 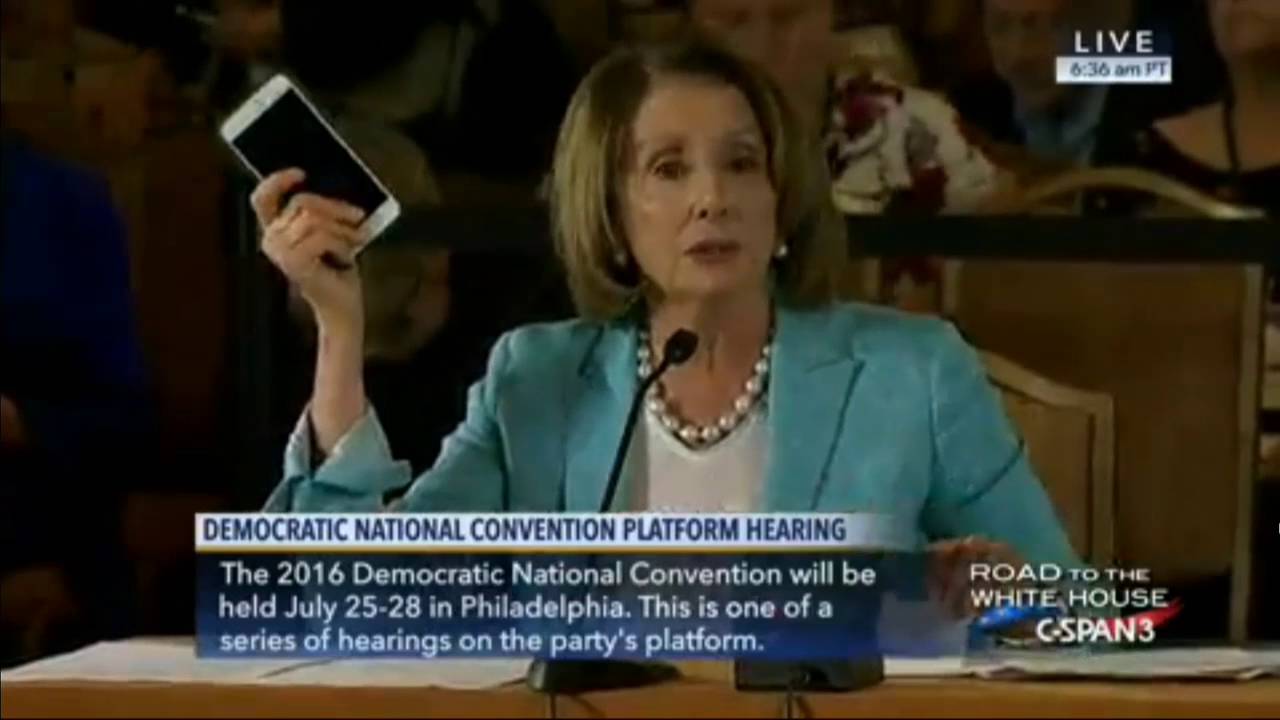 Holding up her own iPhone by way of example, Pelosi went on to insinuate that one of the globe’s most coveted products would not have ever come to fruition without government aid.

“They say Steve Jobs did a good idea designing it and putting it together,” she said. “Federal research invented it.”

Technology experts and entrepreneurs have already come out blasting Pelosi over the implications of her comments — particularly because Pelosi’s husband is an established venture capitalist who has made a fortune investing in entrepreneurs and their ideas.

That being said, it can’t be denied that the federal government did play a crucial role in the development of quite a few smartphone features that now come as standard.

Who Invented the iPhone?

The US Army provided most of the funding for the development of LCD displays, and is widely credited with having invented GPS technology. The federal government also funded the 2003 Stanford Research Institute “virtual office assistant” project that would eventually go on to be sold to Apple in 2010 and evolve into Siri.

Yet Pelosi’s insinuation that Steve Jobs merely borrowed government research in order to slap together his own cutting-edge technology has already been likened to President Obama’s infamous “You didn’t build that” speech in 2012.

While campaigning for re-election in Roanoke, Virginia, Obama drew fierce criticism from global business leaders and the small business community after arguing that all the successes of American businesses were directly linked to government policy.

Republican nominee Mitt Romney immediately seized upon that soundbite and attempted to unite small business owners across the country under the counter slogan: “We did build it!” Despite Romney’s eventual defeat, the slogan did build rapid momentum across the country.

Xem thêm:  Free Grants for Small Business - Where to Get One

Bearing that in mind, Pelosi’s deputy chief of staff, Drew Hamill, issued a rapid statement in order to clarify the Minority Leader’s position on Apple.

Yet Hamill stood strong in relation to Pelosi’s assertion that the iPhone as we currently know it simply could not exist without government assistance.

“The late Steve Jobs and the team at Apple that made the iPhone would be the first to tell you that they didn’t invent many of its core technologies we now take for granted,” Hamill said. “Leader Pelosi counted Steve Jobs as [a] friend and meant no disrespect to his legacy, but the point she was making is a valid one.”

“Leader Pelosi believes that Steve Jobs and his colleagues at Apple deserve enormous credit for taking federally backed innovations off the shelf, refining them, commercializing them and turning them into a beautiful device that changed the world.”

Understanding the Scarcity Principle in Marketing