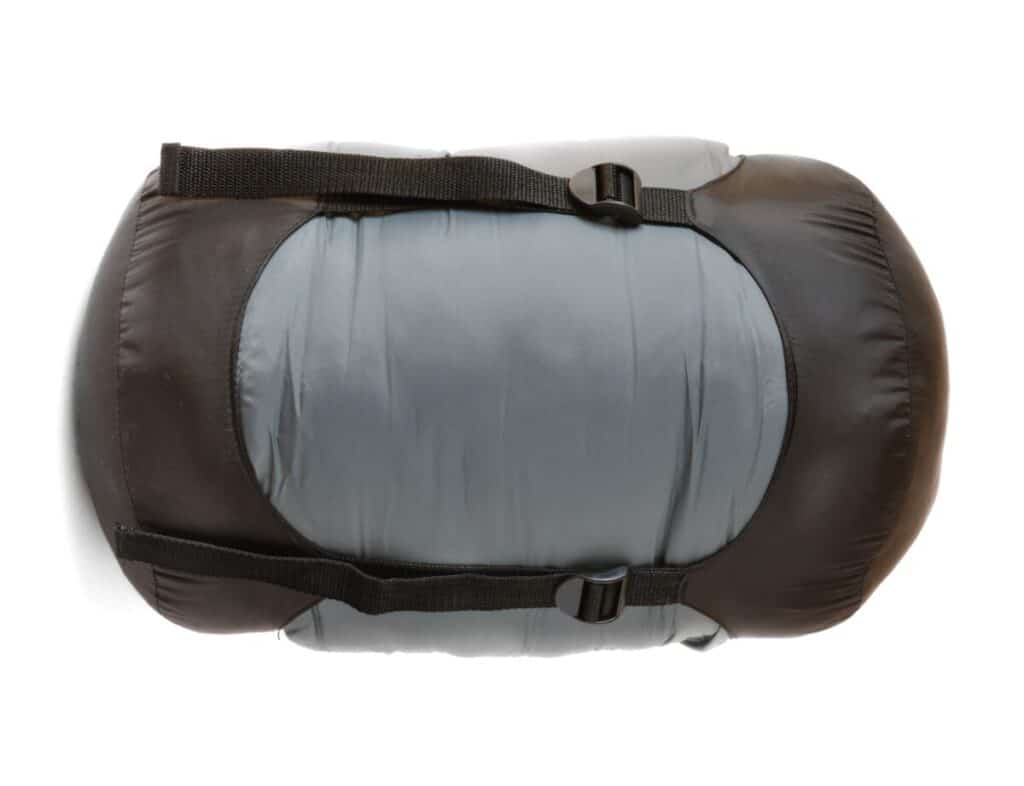 The insulation properties of a sleeping bag (loft) are often lost over time, although it’s not confirmed whether storing them compressed is the culprit or if it is simply natural degradation. Many sleeping bag owners report a loss of loft over time if stored compressed.

I wanted to get to the bottom of this question since it’s one of those mysterious sayings that you’ll hear from seasoned campers but we don’t do it because it is a total pain to hang up or roll out your sleeping bag at the end of a long trip.

Is It Really That Bad To Compress Your Sleeping Bag?

Let’s talk about the reason why people talk about sleeping bag compression at all.

Since insulation in a sleeping bag works by trapping air in the gaps between fibers (these gaps are called loft), a compressed sleeping bag means that the loft is collapsed and thus loses its insulation properties. and doesn’t keep you as warm.

On a side note: for this reason, some people opt to use a camping quilt. A camping quilt is not much more than a blanket except it has a special footbox to keep your feet warm. The premise of a camping quilt is that since you compress the bottom of your sleeping bag anyway, there’s no point in having it! A camping quilt requires a good sleeping pad with good insulation to stay warm during cold nights.

You can see an example of a “top quilt” (designed especially for hammocks) here at REI.

Anyway, back to sleeping bag compression.

Is It Bad To Store Your Sleeping Bag In a Compression Sack?

The answer to whether its bad to store your sleeping bag compressed is probably.

The idea is that if you leave your sleeping bag compressed in storage for long periods of time that the loft doesn’t ever bounce back, and thus your bag loses its ability to keep you warm over time.

Unfortunately for the world, nobody has done a 20 year experiment of a sleeping bag that is stored compressed and the same model of sleeping bag that is hung up uncompressed. It’s possible that the loft degrades over time in both cases, but it’s difficult to know how much compression plays into that.

TL;DR It’s possible that your bag loses its loft over time no matter what you do.

If I had to pick a side, I’d say that the amount of insulation you lose from leaving your bag compressed is minimal in comparison to the damage your bag can get from storing in a humid location.

If you live in a warm climate that doesn’t get below 32 degrees Fahrenheit, this is not something to worry too much about. The bags most subject to damage are bags that are high-performance and rated to the extreme temperatures.

Down in particular is a sensitive material. If you wash your bag with detergent you can strip the down of its chemicals that help add to its loft. If you get your down bag wet then you’ll lose all of its insulation properties.

The absolute optimum storage for a sleeping bag is left uncompressed on a hanger in a dry and cool location.

Some people wonder about storing their tents and other camping gear in a shed–I asked about this to a group of campers and reported my findings in this post.

Asking The People If Their Bag Loses Its Loft Over Time

I wanted to answer this question better than what’s out there and so I decided to ask a group of campers if their sleeping bag really has suffered from compression from firsthand experience. What I learned was surprising:

I should mention that one person did mention that down kept its warm longer than synthetic. I think it’s good to know that it’s a mixed bag (no pun intended). We don’t know for sure if compression really makes that big a difference to a bag’s insulation.

One story that was particularly interesting was one person who reported they used a down sleeping bag that had been vacuum-compressed in a tin can in a fighter jet for several years, and then used that same bag for several years after that. The extreme compression in a vacuum didn’t seem to impact the bag’s ability to loft.

Another argument that other factors can lead to the loft pooping out over time.

Which Bag Is Most Resistant To Compression?

One interesting thing I learned during this research was about Wiggys bags. Wiggys bags are actually engineered to retain loft using a special material developed by their brand called Lamilite.

I only heard about Wiggys from one of the campers that I had asked about sleeping bag compression. They said their Wiggys bag remained unaffected by compression and still worked great.

Part of that might be due to the claims made on the site about trapping radiant heat rather than convection. We all need a great side-by-side study to figure out these claims.

I haven’t personally tried out a Wiggys bag, full disclosure, but I hope to sometime to test these theories out.

Is it Safe to Trail Run Every Day? What You Must Know – Decide Outside – Making Adventure Happen 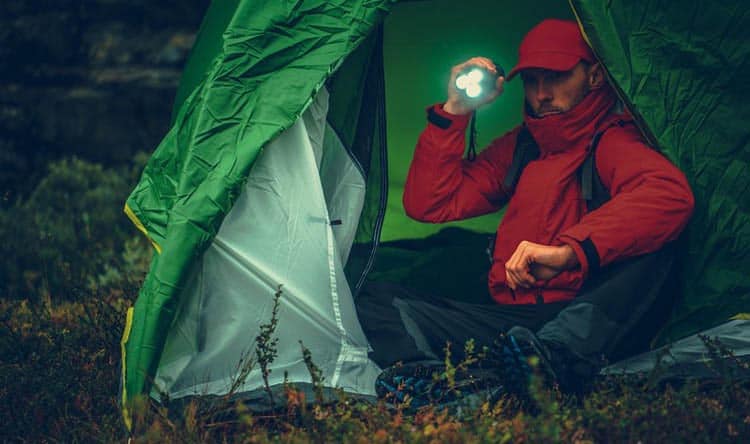