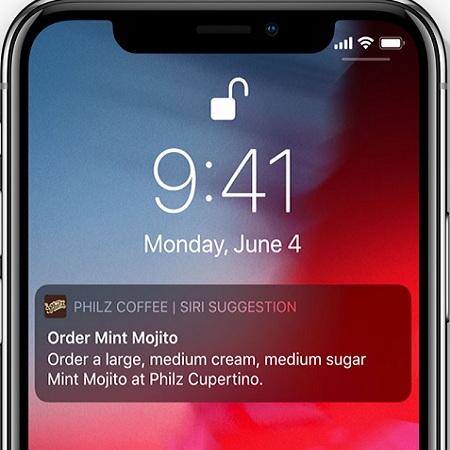 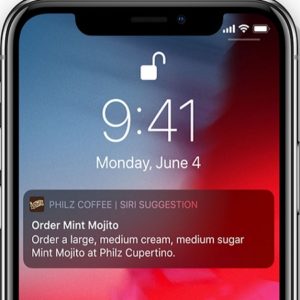 Siri has become far more intelligent in iOS 12 along with Apple’s decision of including the Workflow app in the operating system. The iPhone and iPad virtual assistant is now able to suggest and process Shortcuts, which make your interaction with Apple’s smart devices even more intuitive. What’s more important is that it saves additional time, especially because the Shortcuts feature works with third party apps too.

For example, instead of manually opening the Amazon app to search for a product, which involves swiping, tapping and typing, you can use this Siri Shortcut that opens up the Camera app, allows you to scan the bar-code of the product, opens the Amazon app and automatically searches for the product in question. The possibilities are unlimited! 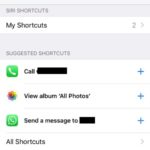 iOS 12 Siri Shortcuts
You can grab Siri Shortcuts from the new iOS app with the same name. The Shortcuts app isn’t available by default. At the moment you have to download it from the App Store. (Link here). Open the app and tap on the “Gallery” tab available at the bottom of the screen. Browse the available categories like: Essentials, Morning routine, Quick Shortcuts, Featured, Explore Apple Music, Stay Healthy and more.
Tip: You can also download Shortcuts directly from iPhoneTricks.org. Check the Shortcuts section.

iOS 12 Siri Suggestions
Starting with this 12th iOS generation Siri is able to provide accurate app and shortcuts suggestions. It identifies your daily patterns and depending on the time, location and other data it’s able to suggest various actions that you’re about to perform. For example, it can suggest a call if you talk with a specific contact at a certain time. It can prompt you to send a message to a friend if you usually text him daily at similar time-frames. Siri also tracks habits. For example, if you order food using your iPhone it will learn to prompt you to perform your habit whenever time comes. Or, if you use a certain app at the gym, it will suggest you to open it when you reach the location. If you’re running late to an appointment scheduled in the Calendar app, it’s clever enough to suggest you to send a message to the person in question to announce your delay.
Fact: Siri Suggestions show up on the iOS 12 Lock Screen, in the Search and Look Up interfaces, when you swipe-down from the Home Screen to search for something.

Xem thêm:  How To Fix Revolut Passcode Bug That Denies Log In When Correct Passcode Is Entered

More Siri Questions
In iOS 12 Siri can tackle even more discussion subjects. It can answer questions about motorsports, food and celebrities.
Regarding motorsports you can ask for live standings, check the schedule, inform yourself about rosters and various other stats.
Related to food Siri is able to access info from the USDA database and it knows what to answer when you ask her about the amount of calories in a banana, how much caffeine there is in a cup of tea and anything similar.
When you ask your iPhone’s private assistant about celebrities, don’t be surprised if it knows where an actor was born or what spouse he has!

Related: Other important new iOS 12 features include: Screen Time, Do Not Disturb enhancements, Measure app, as well as many other hidden features.

How To Unveil The Notifications Screen On iPhone X

GET and GET+ Buttons Replace FREE Label in App Store