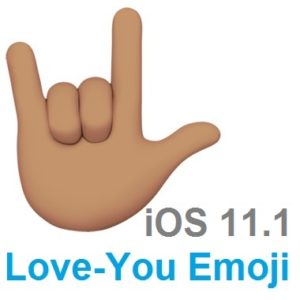 Apple has just confirmed that iOS 11.1 will introduce hundreds of new Unicode 10 compatible emojis to the iPhone and iPad. The new icons will become available to developers and public beta testers as early as next week, while everyone else will be able to use them after the roll-out of iOS 11.1, which is expected to hit the Software Update screen around the date of November 3, the day when the iPhone X deliveries begin to arrive.

iOS 11.1 is already in its testing phase with Beta 1 available for download for volunteers that want to help with debugging. Besides the new emojis already confirmed to make their debut in Beta 2, Apple Pay Cash and an improved Portrait Lightning mode could make their way in the 2nd test version of iOS 11.1.

Getting back to the new emojis, expect to play with new emotive smiley faces, gender-neutral characters, clothing options, food types, animals, mythical creatures and others according to Apple’s news statement. In fact, some of the new icons have been already showcased and can be reviewed in the animation available nearby. Meet the new crazy face, pie, pretzel, t-rex, vampire, exploding head, face vomiting, shushing face, love you gesture, brain, scarf, zebra, giraffe, fortune cookie, pie, hedgehog, and more.
Other emojis that will be included in this update, which aren’t available for preview yet, are: “Woman with Headscarf, Bearded Person, Breastfeeding, Zombie, Person in Lotus Position and new food items such as Sandwich and Coconut.”

Fact: One special new emoji is the Love-You Gesture designed after the “I love you” hand sign of the American sign language! Not to be confused with the Vulcan’s hand emoji.

Can you Make It Five Nights at Freddy's?