One of the most important questions turned over and over by investors or acquirers during a deal involving a merger or an acquisition is on whether the purchase or investment will be beneficial to them or not. Is the company worth buying? Will the benefits of taking it over or merging with it be more than the cost that was incurred in the takeover or merger process? How long will it take for the buyers to recoup the costs they incurred in the deal? Shareholders are more concerned with the premium or return they will get out of the deal.

These questions will never be answered unless the acquiring companies or investors are able to determine how much the target company is really worth.

The valuation, or the price that one party in an M&A deal will pay for a company or a business, is, by nature, subjective. There are two parties involved in an M&A deal: the acquiring company and the company being targeted for acquisition. Thus, it comes as no surprise that the value of a company will be seen from two perspectives.

But what is the importance of determining what the target company is worth?

As mentioned earlier, the main reason why a company valuation should be done is that the investors or the acquiring company will know if the purchase will be beneficial to them, and eventually decide how much to offer for the target company.

You may think that valuation is straightforward, as long as you have all the numbers and the source data. As it turns out, it is a far more complex exercise than that. What does it involve?

In company valuations, there are several factors that come into play. While there are some who are of the belief that valuation is purely a financial or mathematical exercise – where only equations and numbers matter – it is important to note that there are other, non-mathematical factors that affect it. Although the numbers resulting from a computation provide a starting point for the determination of the valuation, there are other items that should also be taken into account.

The last item will now bring to light one crucial question: who prepares the valuation?

There are two options available: the first one would be for valuation to be prepared internally, (by the acquiring company) and the second option is to have independent professionals do it.

Now, which is better? For purposes of objectivity, it would appear that the better option would be to have an independent professional do it. He is likely to be more objective and impartial, thanks to his independent nature. However, there is also nothing wrong with having your own people do it, especially if you are confident that they are knowledgeable, experienced, and more than competent when it comes to M&A transactions.

The recommendation of most experts in M&A would be to do both, meaning that investor should prepare its own valuation, and have another valuation prepared by an independent professional. The two valuations may then be compared, and it will be easier to identify gaps or differences that can be easily bridged between the two perspectives.

The 4X to 6X Valuation Range

Speaking in general terms, there is a simple valuation range that is used in valuation:

In the above range, EBITDA is the net earnings left over when you deduct expenses from revenue, excluding interest, taxes, depreciation and amortization expenses.

Say, for example, that a target company has EBITDA of $5 million. This would lead to a valuation of $20 million to $30 million.

Take note that 4x to 6x is just the range, with the average, 5x, seen as the generally accepted industry standard. The 6x multiple is not the ceiling, however, because there are instances where it can go above 6x. This is in the case of businesses that are highly profitable or show very rapid growth potential in an industry that is equally dynamic and promising when it comes to growth and profitability. Of course, we also cannot rule out the possibility that the negotiators may be so good at their jobs that they can raise the valuation – and negotiate it – at multiples higher than 6x.

There are more than several procedures used by companies to prepare valuations that are later used in various business transactions, not just M&A. However, we can categorize these procedures into three valuation approaches.

In this approach, the attention is mostly on the assets of the target company. It is the approach that is chosen when the target company has a very low, sometimes even negative, value, particularly in terms of its status as a going concern. It could be that the company is not really making profits at all, or have sustained operating losses in recent years, so it shows no strength when it comes to profitability. Thus, the acquiring company would value it based on its assets instead of income. In short, it is the target company’s assets that will be valued separately.

Many say that this approach provides the minimum benchmark when it comes to valuation in M&A, and that is true. The method of purely basing the value on the assets of the company often results in the lowest valuation, even in the case of a target company that is doing relatively all right in making profits.

Some of the most common procedures are:

The most common procedures are:

This is a broader approach, since the valuation is with respect to the value of other, similar companies within the same industry and economy. In most cases, the comparison is made on several similar aspects of the companies, not necessarily the overall value. Compared to the Asset- and Income-based approaches, this is the one that is more commonly used in M&A transactions.

There are two variables that come into play:

Xem thêm:  Should Your Small Business Have an Open Floor Plan Office?

Although the 4x to 6x multiples are widely used by many businesses and even some of the tools mentioned in the three approaches, there are other methods or tools that are commonly used to assess the value of target companies.

Comparative ratios have proven to be very useful in various financial analysis, and they also come in handy when it comes to M&A valuation.

In this method, all the stocks of companies in the same industry are analyzed in order to get a good picture of the P/E ratio of the target company. The acquiring company will value the target company, and make an offer that is a multiple of the latter’s earnings.

The buyer will make an offer using a multiple based on the sales of the target company. Usually, the multiple is arrived at after conducting a study on the prevailing price-to-sales ratio of other companies within the same industry.

The downside for this method is that it is limited to companies whose assets and operations are purely quantifiable. Service providers are much harder to quantify in terms of their replacement costs.

Watch this video to learn more about the discounted cash flow method. 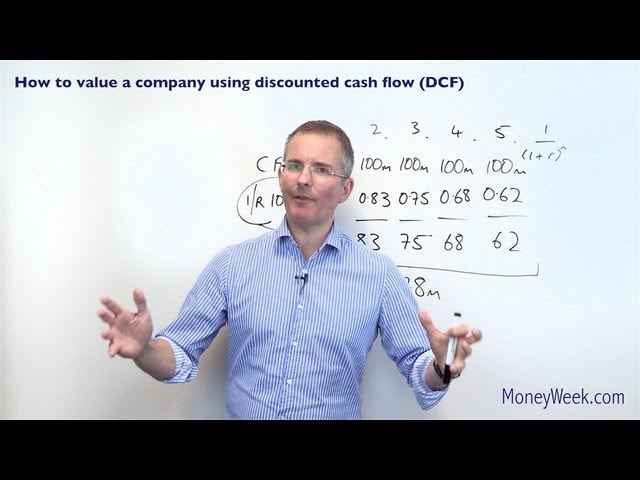 For purposes of computation, free cash flows is computed:

Having so many methods available, with each of them having their own pros and cons, can be quite confusing for companies involved in M&A, and there is a chance that that choose the wrong method and subsequently come up with a valuation that is not truly representative of the company’s worth. That is why there is a need for everyone to work together in choosing which method is most applicable.

Ultimately, it is important to know that the value or worth of a company in any M&A transaction is that amount which a buyer and a seller willingly agree on, leading them to conclude the transaction and close the deal. There are two elements that must be present: the buyer is willing to pay for it, and the seller is willing to accept that payment at that amount.

So you have the numbers and the figures, backed up by the recommendation of M&A experts and independent professionals. Due diligence investigation has been conducted thoroughly, and you were finally able to come up with a valuation. Will this be enough to green light the deal?

For some, perhaps the answer is yes. However, there is one other ingredient that should never be left out, and that is Common Sense. The investor should always exercise common sense and professional judgment, in combination with the cold and hard facts and numbers, in order to decide whether the valuation truly reflects the target company’s worth.

9 Ways to Stand Out Among Lower Cost Competitors