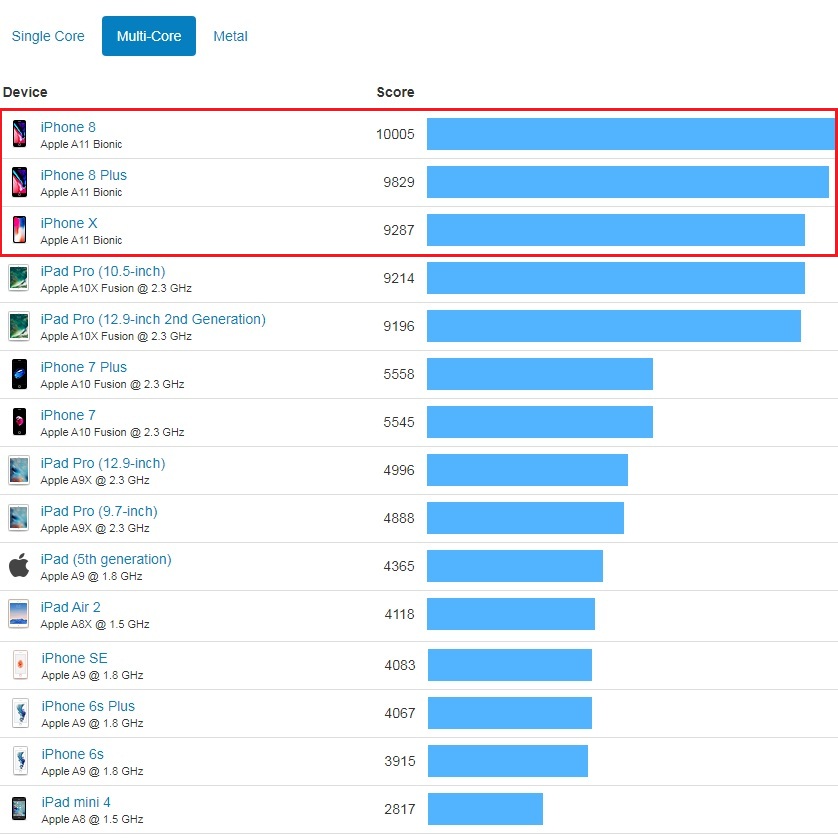 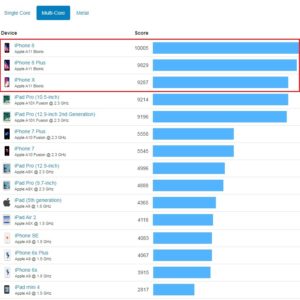 The A11 Bionic Chip is without a doubt one of the most powerful selling points for Apple, when it comes to the 2017 iPhone flagships, released during the September 12 keynote. The Cupertino-based tech giant is renown for the quality of its chipsets, and the A11 Bionic manages to dwarf them all. Apple has advertised it during the keynote as being the most powerful chip ever mounted on an iPhone and this truly is a fact!

According to the manufacturer the 6-core CPU has a 64-bit design, packing 4.3 billion transistors. It comes with two performance cores (which are 25% faster than those available on the A10), four high-efficiency cores (75% faster than those available in the previous generation), a second generation Apple designed performance controller (70% faster as the previous controller), Apple designed GPU, ISP and video encoder. 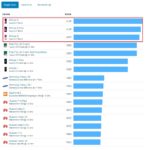 A11 Bionic vs Android Geekbench Comparison
Apple’s claims during the keynote have been confirmed by early GeekBench tests. The iPhone 8, iPhone 8 Plus and iPhone X benchmark results have been uploaded on the official GeekBench website an show an average of 10005 score for Multi-Core and 4195 when it comes to Single Core performances.
These results are measured for the iPhone 8 by running a series of tests on the A11 processors and timing how long it takes to complete the tasks. The quicker the tests are completed, the higher the result.
The iPhone 8 Plus and iPhone X have slightly lower results, but all three 2017 flagships are faster than the iPad Pro (9214 Multi-Core, 3889 Single Core) and the MacBook Pro (9602 Multi-Core, 4592 Single Core). 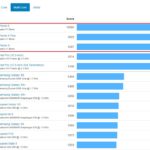 When it comes to Android phones, the A11 bionic simply demolishes the competition:
The Samsung Galaxy S8 averages 6494 for Multi-Core and 1965 for Single Core, while it’s oversized sibling, the S8+ scores 6408 for Multi-Core 1934 for Single Core.
Huawei Honor V9, the next Android device on the list, obtained 6010 for Multi-Core, respectively 1872 for Single Core.
Xiaomi MI 6, the third Android according to GeekBench, scores 5996 for multiple cores and 1901 for single core tests.

Fact: A11 tests have been made on iPhone 8, iPhone 8 Plus and iPhone X terminals running the iOS 11 GM. Results could be even more spectacular as iOS 11 gets fine tuned in the upcoming months.

Tip: Grab the Geekbench 4 app and see how your own iPhone scores with this popular benchmark!