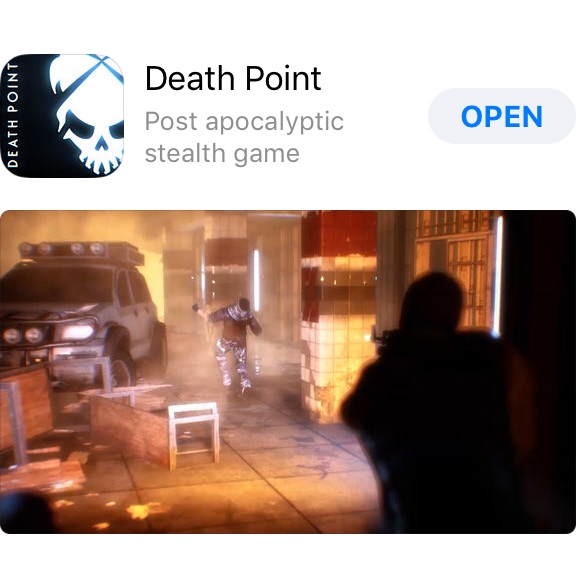 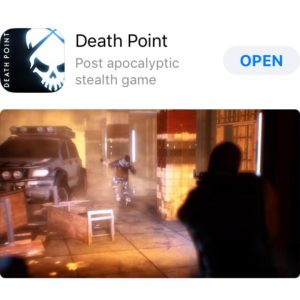 One of the new App Store games that I toyed with the last couple of days is Death Point developed by Andiks Ltd. If you’re a fan of single-player shooters you’ll surly enjoy this new arrival. It surfaces your unknown spy skills, forgotten reflexes and concentration power. The storyline has a former super spy as main character that has to fight for survival in the aftermath of the Third World War.

The game starts in an abandoned prison filled with corpses. You have to escape from this building that’s swarming with guards having only a knife as a weapon. Learn how to pick locks and advance to the cell-maze. Kill your enemies one at a time. Pick medical kits to improve your health, bottles that you can throw to distract opponents and various other weapons that will increase your killing potential. The ultimate goal is to find your operator behind enemy lines and rescue her! 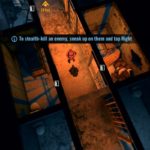 Death Point Controls
The game is played on iPhone and iPad with the help of dual stick controls. You have a left and a right stick available On Screen. Moving your thumb across the left controller allows you to direct your character. When arriving next to a door tap the left stick to open it. If it’s locked, tap-hold the left stick until the door is unlocked. The left controller is also used for weapon selection when you get hold of guns, mines and grenades. The right stick is used for handling the knife, throwing, aiming, shooting and pretty much any aggressive action!
Tip: Use the visual distance indicators that predict an upcoming enemy to plan ahead and adopt the best strategy. 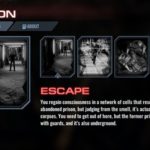 Death Point Facts
– There are 10 chapters available totaling up to 12 hours of gameplay.
– Each episode is divided in Checkpoints. If you get killed during your mission you can retry from the last achieved checkpoint.
– The game has stunning graphics and realistic mechanics which require significant memory resources. This is why the developer recommends you to play it on an iPhone 6, iPad Air 2, iPod 6 Generation or newer generations.
– There are no in-app purchases and all future updates are advertised as being free. 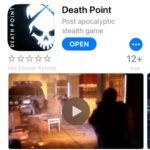 Download Death Point For iPhone and iPad
Tap here to open to official Death Point App Store download page and purchase the game. This app currently retails for $5.99. As mentioned above, it has no other hidden costs. Tap the price tag, validate the purchase and wait until the software is installed on your iPhone or iPad. Click OPEN when ready and start playing.
Fact: Make sure that you have at least 2GB of storage space available on your iOS device. The game is fully downloaded on your device and doesn’t require any other downloads during the game.