A few days ago, Lisa Barone wrote an article about the need to tell your story about your business, using social media tools.

One of the examples she mentioned was the re-branding of virtual switchboard and voice mail services provider, GotVMail, to Grasshopper.  She noted:

“Earlier this week, 5,000 influential marketers were sent chocolate covered grasshoppers to snack on and blog about. The grasshoppers were blogged, tweeted, and linked to all over the Web. It was a viral marketing campaign used to get the company attention and to tell people what Grasshopper.com was all about. And in just 24 hours, people learned that it was a phone system company that cared about entrepreneurs. In one day, thousands of people knew their story.”

I happened to be one of those so-called “influential marketers” who received a package of the chocolate-covered grasshoppers.  A few days ago I received a FedEx envelope  — what John Jantsch of Duct Tape Marketing refers to as “lumpy mail” — a package containing more than simply a flat letter.

The office mail clerk (ahem… my husband) announced it came from a company called Grasshopper.  Not knowing what that was, and being seriously over-scheduled the past few days, I did not even have time to open the package.  I set it aside.  There the package sat — until I was going through my mail this beautiful sunny morning.  That lumpy package was the first one I opened: 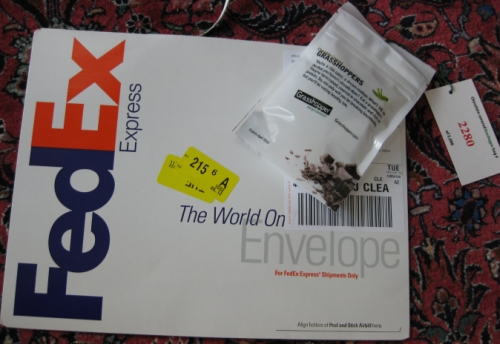 Here’s a close-up of the package of chocolate-covered grasshoppers.  The footnote says they are real grasshoppers, and “even approved by the FDA of Thailand”: 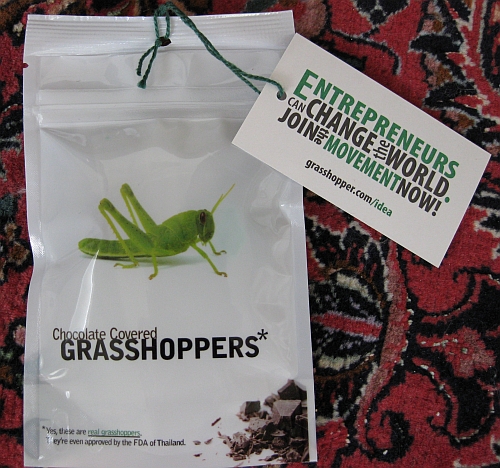 The package label sends you to a URL where you can watch a video, at http://grasshopper.com/idea.

Xem thêm:  120+ Most Common Business Acronyms And Their Meaning Where Necessary

I will tell you that the grasshoppers are seriously lumpy in that package.  You might have to eat each one in more than one bite.

I won’t be eating them though. The thought of eating bugs would take a more culinary-adventurous person than I am.

So what’s the connection with entrepreneurs and small businesses and grasshoppers?  As Rob May, founder of Lifestream Backup,  noted to me on Twitter this morning: “My theory is that anyone tough enough to eat a grasshopper is tough enough to start their own business.”

Rob, there may be something to that.  This is the other side of the package, and the wording ties together being an an entrepreneur and eating the little 6-legged creatures, where it says “You’re a risk-taker, a dream-realizer.  What’s left to do that you haven’t already done?  Eat a grasshopper.” 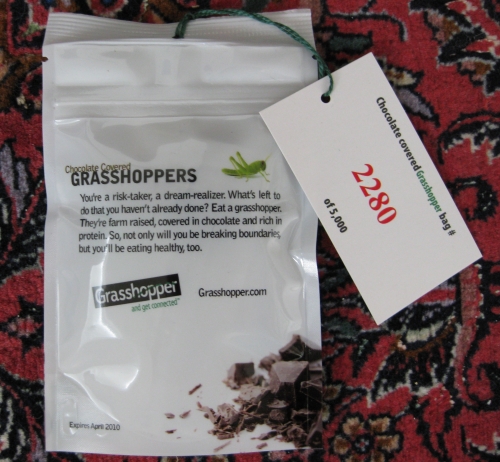 The re-branding campaign of GotVMail seems to be working in the sense of getting buzz.  Lots of people are talking about the company and those grasshoppers.  Social media helps the word spread fast.  But of course, people on social media are notorious for having ADD (attention deficit disorder), and soon move on to the next shiny thing to talk about. The real test will be how the re-brand story plays out over time.  Does it translate into more customers and increased business?  Will Grasshopper be a more memorable or evocative or impactful brand than GotVMail?

Stefan Pollack, President of Pollack PR Marketing Group, is following this re-brand to see how it is working.  He said this morning on Twitter, “I asked them for a recap of the outcomes to use as a case. I will share when/ if I get it.”  Stefan, we look forward to that, too.  It will be interesting to follow the story of the GotVMail brand morphing into Grasshopper.