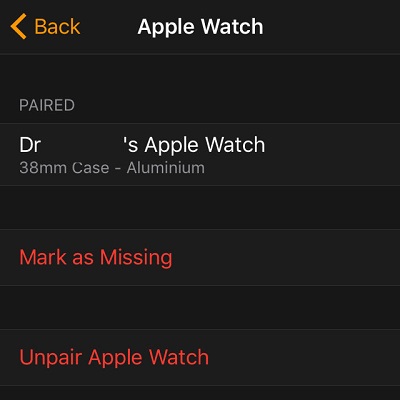 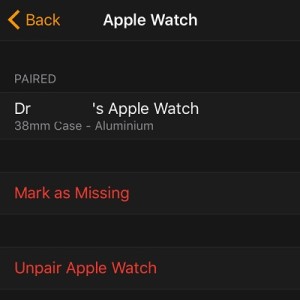 One of the many reasons why you should update to watchOS 2 is because it makes your Apple Watch far less appealing to thieves. Thanks to the iPhone-like Activation Lock feature any lost or stolen wearable can’t be paired with another iOS device unless, the gadget is first un-paired by the previous owner. Else, the Apple Watch can be synched with a new iPhone only by knowing the former owner’s Apple ID log-in credentials.

However, in the worst case scenario, that you end up with a stolen or lost wrist-worn device you do have to tick a setting and let your iPhone know that the device isn’t in your possession any longer. Basically, you have to trigger the Activation Lock safety mechanism. The feature is easily enabled if Find My iPhone is configured on the iOS companion. This means that you already logged-in with your iCloud account on the paired iPhone. 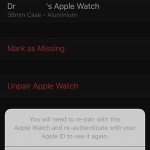 If you open the Apple Watch app on your iPhone and browse to My Watch -> Apple Watch, you’ll notice a new watchOS 2 option called Mark as Missing. If you tap it and confirm your selection your let your iPhone know that you lost its watchOS companion. This triggers the following actions:
– Disables all cards that you’ve configured with Apple Pay on the Watch.
– Maintains the Activation Lock in position. Meaning that a third party individual can pair the Watch again only if he or she knows your Apple ID password.

Mark As Missing From Computer 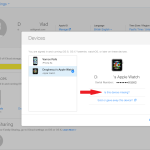 If you don’t have your iPhone nearby, don’t despair. You can also tag your wearable as lost from a computer:
Step 1: Visit iCloud.com and sign in with your credentils
Step 2: Open Settings and select your Apple Watch from the My Devices section.
Step 3: Click on Is this device missing tab and confirm the action by selecting Mark as Missing.

Fact: If you recover your Apple Watch you can lift the lock by performing the same steps as described above and clicking on Found this device.

Xem thêm:  How To Use iPhone Flashlight As Morse Code Translator With Shortcuts

How To Customize The iOS 11 Unified Control Center

iPhone 13 Apple Music Bug After Restoring From A Backup