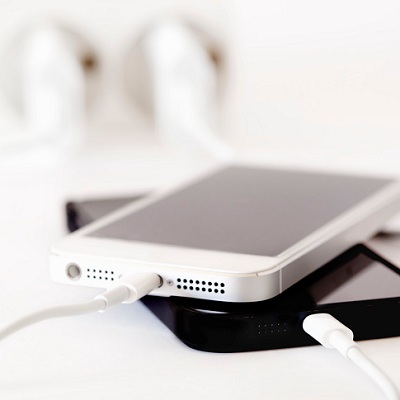 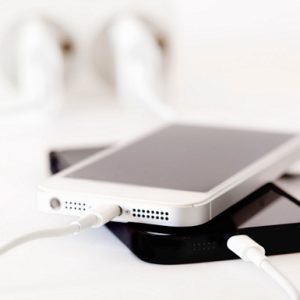 The amount of time users spent on an iPhone is constantly increasing. The multitude of functions and features slowly turn smartphones into a must-have gadget! However, the more we use them, the faster their battery drains and the more important the charging process becomes. Even the latest iPhone 7 flagships might not be able to last for an entire day if you’re an iOS power user. If you’re yet to upgrade to the latest flagships and have a 2-year-old smartphone, it’s likely that you end up charging it several times a day, simply because the battery wears out in time.

There are several ways to charge an iPhone, at least four that I can think of. You can fill up the battery levels by connecting to a wall outlet, computer or power bank. It also makes a difference what type of charger you use. The most important outcome is that the charging time varies in each case. I’m sure that you’re eager to find out which method will juice up your iPhone the quickest, because this adds extra mobility and saves precious time.

4 Ways To Charging An iPhone 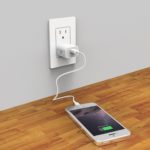 1. Wall Outlet
The traditional iPhone charging method is by connecting the iOS device to a power outlet with the help of the stock lightning connector. This is one of the fastest way of charging your smartphone and full charge should last a little over 2 hours if your iPhone’s battery percentage is below 20 when you plug the device into the wall outlet.
Fact: An iPhone battery charges in two stages. Fast charging from 0-80% and trickle charge from 81-100%. The first stage allows the accumulation of power in the shortest time frame possible, while the second stuffs more and more electricity to increase the lifespan. 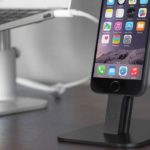 2. Computer USB Port
If you need your iPhone around or if there is no free power outlet nearby but you have a notebook or computer you can use the Lightning connector to plug-in your Apple smartphone in the USB port of the notebook and charge it.
Do note, that this way of injecting electrical current in the Lithium-Ion battery isn’t as efficient as the one described above. A computer is busy to power its internal components too, so it can’t focus all the juice towards charging your mobile peripheral.
Fact: Newer computers with high-wattage USB ports can have better results. 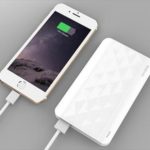 3. Portable Charger
A third option for keeping your iPhone alive is with the help of a Power Bank. There are a series of external battery backs that can charge your iOS smartphone via an USB port. Some of them can store enough energy to be able to charge your phone from 0 – 100% eight times.
Because it’s an USB charging option it’s also slower as the wall outlet battery loading method. However, speed might not be a factor in this case because you can charge the iPhone on the go. 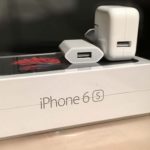 4. iPad Charger
This is a trick used only by Apple power users. If you own an iPad you can borrow its white power brick and use it to stuff energy in your iPhone. Combine this with the wall charging method and you’ll achieve the fastest way of charging your iPhone.
iPad batteries are larger and the charger that comes with them is more powerful to match the task.
Extra Trick: If you really want to match the world record for charging an iPhone in the shortest time frame is using the tips provided at Step 4 and adding Airplane Mode to your iPhone. Of course, that this gimmick isn’t practical at all because you have to sacrifice your device’s uptime but you’ll notice that the smartphone charges faster when its antennas are offline, simply because power consumption is reduced to the minimum.

Fastest Way To Charge an iPhone
Our tests confirm that the fastest way of charging an iPhone is with the help of an iPad charger. Can the tablet’s charger harm the smartphone, you might ask? In most cases no, because its the phone that controls the charging process and not the charger. Meaning that the iPhone “pulls” the power from the cord and it’s not the charger that’s pushing it into the device. This, of course, if the charger doesn’t come with a very high voltage that could cause the iPhone to overheat. But most if not all USB chargers don’t provide more than 5 Volts which is considered a safe voltage output.

Important: if you won an iPhone 6 or newer iteration it’s 100 safe to use an 12W iPad charger (compared to the 5W provided by an iPhone charger), because these terminals are able to pull electricity at 2.1A, compared to the iPhone 5S and older models which can only handle 1 ampere. Using iPad’s white power brick with the smaller iPhones could affect the battery lifespan in the long term.

Important: Only charge your iPhone with original Apple charging accessories, for optimal results.

How To Scan Documents With Your iPhone And The Notes App